West Of Dead has a distinct painterly art style and it appears as an isometric action game that plays like a fast-paced twin-stick shooter. It’s a procedurally generated game where you gun through enemies in a series of hunting grounds in which you have dodge attacks and use cover. The game takes place in Purgatory, Wyoming in the year 1888 and taps into some classic western themes. You can check out in-game screenshots below.

Step into the boots of the dead man William Mason (voiced by Ron Perlman) and descend into the grim and gritty world of Purgatory in this fast-paced cover shooter which combines the fluidity of twin-stick controls and tactical cover usage. Put your skills to the test – Dodge behind cover as you try to outgun your enemies in the unknown procedurally generated hunting grounds. The Wild West has never been this dark. 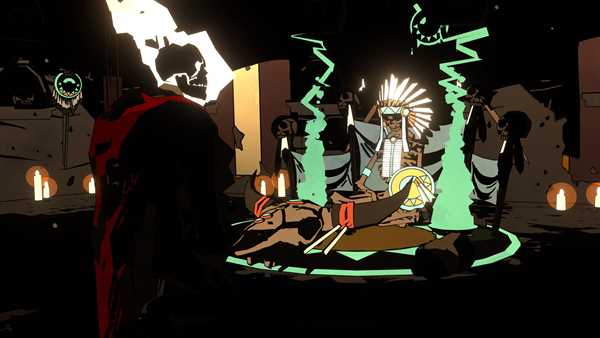