Developer Dani has stated that “KARLSON brings unique and skill based movement to the table, highly inspired by classic FPS titles, set in a mysterious, futuristic setting. Fight your way out of the facility, and discover the truth behind your past. And the milk.” The idea behind the game is quite simple. You run around a course shooting bad guys in the face until you get to the end of the level. After each level you will progress to an even harder level as expected. Your goal is to get to the end of each level to earn your milk!
In KARLSON if you like speed-running, you will enjoy this. The developer said there’s a “big emphasis on movement”, with the maps being designed to keep you running, jumping and sometimes grappling across them with a timer on each map. 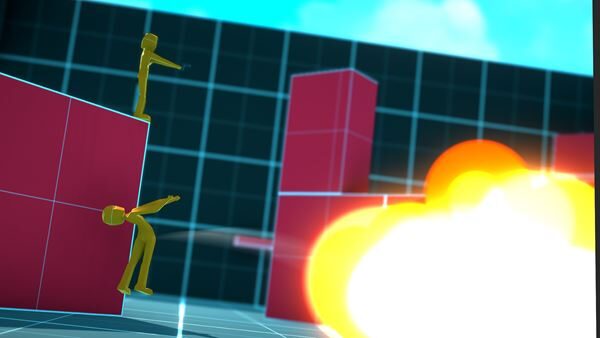